A digital doll-house sandbox game for children 3-10 years old. I worked on pre-production designing, sketching, developing & planning the project establishing the 2nd production line. Overall on both projects I helped create over 60 characters and 1000+ assets.

A digital doll-house sandbox game for children 3-10 years old. I drew concepts, art assets, marketing material, created the trailer, helped with managing the project, taught 2 junior artists who had never used a computer for illustration before. 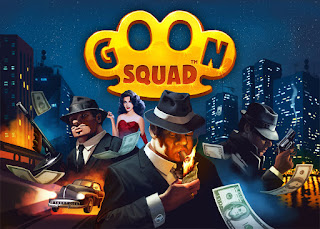 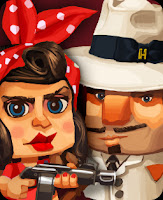 It is a Clash Royale type game, a 1v1, 2v2, 4 player free for all collectable card game arena brawler with an original clan system, AI, and slot machine mini-games. This project is a collaboration between 'On5' and 'Atari Interactive Inc.' I stepped up as a PM in the second half of development. 4 programmers, 2 artists, 1 sound artist, and communication between the team and the producer were managed by me. I did game balancing, improved first day retention by 12%, produced its UI, art assets, animation, key illustrations, managed milestones. I designed & did the mathematics for 3 slot machine mini-games. Made in Unity, animated with Spine, illustrations drawn in Photoshop, modelled in 3ds Max, atlases created with TexturePacker. Also, SourceTree, Trello were used.

It is an original idle city-building game. For this project, I modelled the first game assets for the first in-game world - the one with the sandy earth. I arranged a professional sound engineer’s services free of cost to the studio and managed his and an animator's tasks. First made for web-browsers and now an iOS and Android game.

A mid-core economic city-builder made in the style of 'Banished'. Designed, integrated its UI, made part of characters, animated. Managed 1 artist's tasks. The game has an extensive city-building system, battles on the map against aliens, ship battles, player vs player battles, an AI, a ship customisation system, a marketplace. The same tools were used as in 'Goon Squad™', except MOAI was used instead of Unity, and UI integration was carried out with Spine. 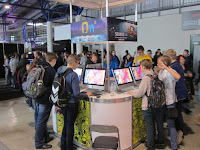 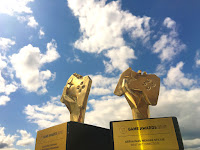 I made several art assets for this match-3 type game. It went on to win the "LT Game Awards 2016" BEST MOBILE GAME and BEST ART STYLE awards! I organised an exhibition booth at 'GameOn 2016', where I presented 'Catomic', 'Squake', 'Lunar Battle', and 'Heroes' to visitors. 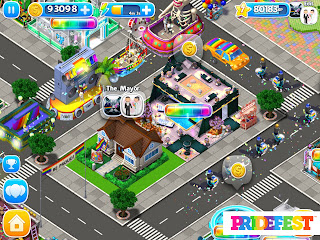 It is a social city building game with a chat, social clubs, an avatar system, and a parade organising mini-game, which is similar to 'Pacman'. I sketched, modelled, animated game assets. Designed its UI. Made an avatar system similar to ‘Kim Kardashian: Hollywood’. Managed 2 artists.

It is a 2D mobile fighting game. I did game design, animations, worked on balancing. Plus, a 'Kickstarter' campaign, video, rewards were planned and prepared by me. We chose not to start the campaign. 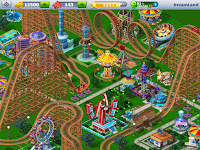 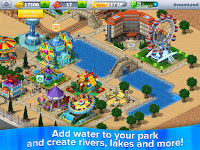 An IP of world renown, it achieved the No. 1 rank in the App Store & was played in 10+ mln. sessions. I sketched, modelled assets, buildings, characters, animated them. After release, I produced graphical assets, some UI, icons for additional content and add-ons.

It is a real-time interactive VR project. It features a dramatised version of events on 1991 Jan 13 at the Vilnius television tower. I produced animation layouts for different scenes.

It was visualisation of a neighbourhood in Vilnius, where people could navigate around the whole block. We had to make close to 20 buildings and the whole area, river valley, streets included. I was in charge of the final result of a VR architectural visualisation of a whole neighbourhood. I brought in more specialists, had to help coordinating the work, assemble assets from other artists, model and meet with the original client. We used 3ds Max, Unity, Photoshop, Trello.

Completely out of this world, but still in America, an aspiring driver has to deliver his fastest package yet... Worked on the graphics on this fast-paced game jam prototype.

It was voted as the BEST GLOBAL GAMEJAM 2015 VILNIUS GAME! Out of 40 other game projects! I was responsible for the style, most of the art assets, animation, some game design decisions. It is a game made ex prompto on site, beginning on Friday evening, when the theme is announced, and completed on Sunday midday.

Link to play the game.

A multi-player interactive fine art double installation. I coded it in Javascript, used Unity, 3ds Max, Photoshop. 2 installations in 2 different buildings, both with my hand-made input devices and projectors, showing the 'game' screen. A person stands on the input device and can control left or right by pushing his/her feet. Both 'games' were connected via LAN multiplayer. The projectors showed a field during night-time, and a line of street lights on the horizon. The participant is standing in a parking lot in-game with the same row of lamp posts as on the other side of the field. A 'player' walking left or right triggers the lights to turn off and on, allowing communication between two participants.

An interactive fine art installation made in Unity, coded with Javascript. I designed and made an input device resembling two flights of stairs. A participant could climb them and trigger forward and backward movement in the 'game'. A projector showed a screen of a real-time 3d visualisation. I produced interiors of several different authentic Lithuanian art deco architectural staircases, which 'players' climbed and heard different stories behind each doors.

A personal video game project, which is made for aesthetic and artistic purposes, rather than entertainment. This project invites you to a nocturnal walk around an urban setting and allows you to reflect upon it, as going outside for a walk induces reflection. But how an urban landscape shapes our thoughts? Is it the same as walking in nature, walking along a river or witnessing a sunset? Our thoughts still transcend this material realm into the heavens, and one can even witness the glitter of moonlight in the cracked concrete. I coded it in Javascript, used Unity, 3ds Max, Photoshop, produced an input device, that a person has to stand on. A small video game made almost entirely by me, using Unity, JavaScript. With this project, I wanted to learn scripting so I could develop my own games and also have a tangible project at the end. Download. 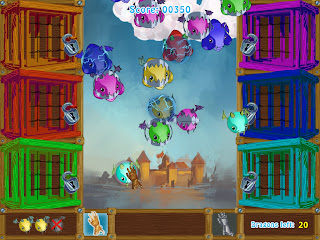 A prototype of a video game made by me, Rytis Stankevičius (programming) and with Indrė Lelertavičiūtė (illustrations). It was made using XNA and showcased at a KTU GameDev Conference. It was made in our spare time by getting together at an appointed regular time. I made animations, some graphical assets, UI, game design. We used Photoshop for illustrations and animations.

'The Uncrackable Twins', University of Teesside team project, September 2009 - May 2010 The Uncrackable Twins, click to watch. This is a mock bullet-hell game, made at University as a group project. I was one of the two artists, worked in a team of 8-9 people. I made enemies, backgrounds, special effects. A low-poly UDK interior, click to download
A British living room for an FPS assembled in UDK. Graphics were produced with 3ds Max and Photoshop. 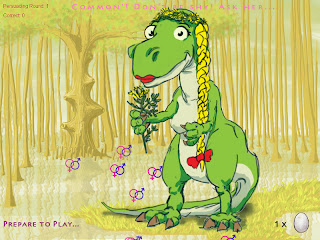 A dating game, where you have to roar into the microphone to seduce your dino friend and save the race from extinction! I drew the character art and her animations and the end screen. A game from the 2011 Global Game Jam. Trouble at the Mexican Border, click to play
Me and Nerius, a programmer, designed and developed this over the course of one and a half day in 2009 at the Global Game Jam.

A motion capture animation project based on a scene from 'Land and Freedom', University of Teesside, September 2009 - May 2010 A short made based on the movie “Land and Freedom” using Motion Capture and Reaction Manager with Morph Targets. I have worked on a real-time graphics project on friend's self-made 3D graphics engine alongside him. All low-poly meshes are sculpted and normal map extracted, textured. 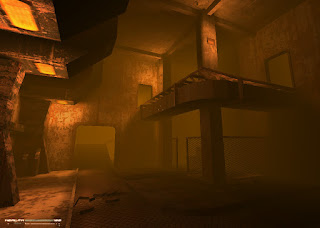 A First Person Shooter genre video game that we tried to create. I did 3D modelling, texturing, Darius Ramašauskas did level design, and Gediminas Nekrošius programmed his own engine and level editor.